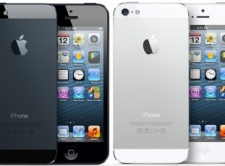 Not all of the iPhone upgrades have been noticeable just by looking at the phones, but with the iPhone 5 users tend to take notice of the sleeker design, lighter weight, and yet larger screen. The upgrades go beyond just the looks, though.

While the screen itself on the iPhone 5 is larger than previous versions, it doesn’t necessarily carry with it more user friendly options. Items such as Contacts are still not as easily searchable as with other smartphone competitor models. Users have to type in all of the information with the iPhone 5 – there is no smart searching option.

The mailbox function is still relatively simply, but there is an icon for refreshing emails, another addition that makes the iPhone 5 an efficient tool for various messaging platforms. Users also seem to appreciate the continued improvements to FaceTime with the ability to now switch to a rear camera.

iPhone users are finally getting a little bit of what they have been hoping for in terms of an improved battery life, allowing for longer use of music and video applications. The iPhone 5 also includes a major update to the front camera. Instead of the FaceTime camera of the iPhone 4, the iPhone 5 sports a 1.2 megapixel HD camera that can record video up to 720p. The resolution and quality of the images have improved as well.

The iPhone 5 is reported to be twice as fast as its predecessor, and is able to move from 3g to 4G as needed without significant interruptions in service. The faster processing also supports the increasing availability and use of apps.

The iOS 6 system supports a wide range of software options on the iPhone 5, and in particular Maps is getting a lot of the attention. It is a new, fast, and easy to use app that helps users get around just about anywhere (except many areas of public transportation).

A new offering, Share Photo Streams, allows users to take pictures from their files (or even a new one the user just took), and share them more easily within social media circles. Safari and iCloud have minimal improvements.

In terms of upgrades with the iPhone, the iPhone 5 has considerable updates in both form and function. The phone is now of an ultra-light aluminum construction and the larger screen is just large enough to allow for an extra row of icons or make viewing a video easier. All of the positive attention on this larger screen size, however, is sometimes met with criticism from users who have smaller hands and a harder time reaching all corners of the screen with one finger swipe. Conversely, typing on the screen is easier and users who need to access such things as mail on their smartphones may appreciate this increased keyboard space.

The iPhone 5 was only on the market for a very short period of time, so it was hard for us to determine the best online casinos for this device. However, since this incarnation of the iPhone jumped up to an Apple A6 chip we knew that the mobile casino software was going to have to be robust and up to the challenge. Here are the online gambling sites that we finally decided on.

Longtime readers of MacCasino.net who live in the United States will already know how much we love the Slots.lv Casino, as they have been our #1 recommended casino off and on for years. They have one of the sexiest casinos available on desktop computers, and their mobile casino doesn’t disappoint either. If you live in the U.S.A. and want to gamble on your iPhone 5 they are definitely the best choice for you.

We were torn on this one because mobile casino software has really been designed for the iPhone 5 and later. However, after much debate we are recommending the Bet365 Casino as the best option for online gamblers in the United Kingdom because of their great mobile casino tournaments. Also, the Bet365 mobile sportsbook allows you to easily place sports wagers when you’re on the go, and that is certainly never a bad thing.

The 5 is the one model of iPhone where we saw a significant difference between mobile casinos, and we quickly had a clear winner. The best mobile casino for the iPhone 5 is definitely the SportsInteraction Casino, which also happens to be our #1 recommended sportsbook for anyone living in Canada. They have a great selection of games and white glove customer service, which are always two of the most important ranking factors for us.