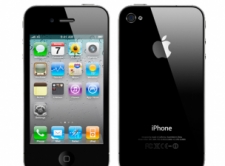 In June of 2010 Apple launched the iPhone 4, perhaps one of the most innovative upgrades since the original launch of the iPhone. New features and improvements in core areas give users more control and faster processing. The new design features a slimmer, glossier appearance with stainless steel edging.

The user interface of the iPhone 4 improves with this version in three major areas. The first is with the hardware affecting the user’s experience. Where in earlier versions of the iPhone it could be difficult to know when a particular button was pressed – or too easy to inadvertently press one – the iPhone 4 has redesigned buttons that aren’t as easy to accidentally press.

The second issue affecting user interface with the iPhone 4 is the ability to place apps into folders, making storing and finding applications easier and faster. The third improvement to the user’s experience is with the new “Retina Display” screen which touts 4 times the number of pixels as previous models.

Perhaps one of the most popular upgrades with the iPhone 4 is that of FaceTime. This is a new video calling app that allows users to move from voice calling to video calling. The quality of the video calling is actually quite impressive.

The new A4 processor makes music and video usage easier and faster. As the App Store continues to develop a larger market, the offerings for video editing software have increased. Users can crop videos before sending or posting them, and various editing apps allow for detailed and quality editing.

The A4 processor now in the iPhone 4 is reported to be the same as the processor used in the iPad. Features like HD playback are possible with this new processing speed. Wireless connectivity is improved to a more impressive 802.11n with this new processor. The phone also has a new microphone that includes noise cancellation, giving users call clarification by suppressing background noises.

To improve the reception of calls, the new iPhone 4 has added external ariels, or in essence the antennae of the device. In previous iPhone models these have only been present internally. While the addition does appear to improve calling reception quality, if the user inadvertently places a finger or hand of an ariel the call might be spontaneously dropped.

While FaceTime is perhaps the most talked about addition with the iPhone 4, other programs are making users excited about the upgrades. For readers, iBooks is a popular addition that organizes virtual books, and with the screen updates reading is even easier. Users also find a single mailbox option that acts as a storehouse for all other email applications, funneling everything from many accounts into one.

Consumers are finally getting little bit more of what they have been searching for in terms of battery life. Apple did manage to not only increase software and other features, but increase battery life. There is also a new three-axis gyroscope, in essence giving 6 axis of motion detection. This is just the sort of upgrades that are needed for improved game playing.

The A4 processor in the iPhone 4 ensures that you can smoothly run numerous applications simultaneously, so the best online casinos for this device are going to need some serious software to keep up. By 2010 any respectable online casino was starting to realize that mobile gambling was the wave of the future and began to devote the appropriate resources in their casino software. That said, some were way ahead of the curve, here’s who came out on top.

Although the Slots.lv Casino was not launched until a few years after the release of the iPhone 4, they ensured that their casino software was built to handle older Apple devices as well as the new releases that were steadily being released. Therefore they are the best option for all players in the United States who want to gamble on their smartphones and tablets.

There is one clear option for those gamblers living in the United Kingdom who want to gamble on an iPhone 4 and that is the Bet365 Casino, who also cater to players in Europe and Australia. They are so proud of their mobile product that they regularly host mobile blackjack tournaments for those players who like to play on their smartphones.

The Great White North has one mobile casino that can be considered the best for owners of iPhone 4, and that’s the award-winning Bodog Casino, which is only available to players who live in Canada. They were at the forefront of mobile gambling technology years ago, and they have only gotten better since 2010. They are one of the few online casinos who let you try their product for free before making a real money deposit, so feel free to click through and sign up for a free account to check out their practice casino.