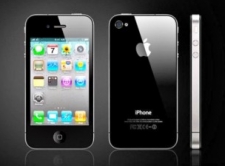 While the general public was anticipating that Apple would release an iPhone 5, just about a year and a half after the iPhone 4 was released the iPhone 4s came onto the market. The only major noticeable difference in appearance is that the iPhone 4s has a dual antennae, accounting for the double rim of black around the edges. The other major improvements were to the hardware and the camera.

The user interface of the iPhone 4s does not offer many outward improvements with regards to the user interface. The look and feel of the 4s is what users expect from the iPhone 4. The display is still through the Retina Display screen which gives a sharper image than the iPhone 3.

One of the biggest interface updates is Siri – a program that both recognizes voice commands and responds via “Siri’s voice”. Users can request Siri’s assistance with such things as making a call, checking the weather report, or updating a digital calendar. This interactive application requires internet or Wi-Fi as the phone itself does not process the voice commands.

One of the most talked about improvements with the iPhone 4S is the new camera with the LED flash. The new lens is faster and there is an increase of more than 50% in megapixels. These, combined with the app filters that users can utilize such as Instagram, the iPhone 4s is a favorite for smartphone users who want to do more than just chat or text.

The new light sensors with this upgraded camera also mean that the colors in the photographs are more accurate and sharper. The hope of Apple seems to be that users will appreciate this camera option so much that it alone could be the reason for users to upgrade from the iPhone 4. While seasoned photographers will not find the capabilities of strong enough quality, many others who want to take decent, quality photos every day will be pleased with the iPhone 4S camera.

The new CPU in the iPhone 4s means that activities and apps run smoother and faster, improving internet speed satisfaction reported by users. There are many standard apps that now come as part of the phone and the improvements with antennae appear to make using them and making calls without interruptions more possible.

FaceTime continues to be a popular option on the iPhone, along with a growing number of apps available. These increases in options are supported by the new CPU. While the CPU is new to the iPhone 4s, it is reported to be the same one as the dual-core A5 that is included in the iPad 2. This improvement means a faster processing time when compared to the iPhone 4 which runs a single-core chip at 1GHz. All of this means that Apple claims performance for graphics is a whopping 7 times faster with the iPhone 4s compared to the iPhone 4.

The chipset for the iPhone 4s was the Apple A5, which was a definitely an upgrade from the previous versions of the iPhone, and only the best online casinos ensured that their mobile software was ready for the new system. We here at MacCasino.net are happy to say that the following online casinos perform wonderfully on the iPhone 4s, and that they have our full endorsement.

Many of our readers who live in the U.S.A. have asked us who has the best mobile casino for the iPhone 4s, and how we would rate them against the competition. In our opinion, the Slots.lv Casino gives players in the United States everything they could ask for and more. They constantly have a ranking on MacCasino.net of around 45 out of 50 possible points, and their slots bonus is one of the best available on the internet today

Back in 2012 many consumers across the world traded in their year old iPhone 4 for an iPhone 4s, and England was certainly no different. This meant that the best U.K. online casinos had to react fast to the change in mobile technology to ensure that their casino software did not lag behind. It is no surprise that the industry-leading Bet365 Casino emerged at the forefront of mobile gambling technology, and won over not only iPhone 4S users, but users of Android devices as well

We have always had high praise for the Bodog Casino, and we consider them the best place to play for anyone living in Canada who wants to gamble on their iPhone 4s. Every time we test Bodog with a new Apple device, their mobile casino just impresses us even more. Their software runs beautifully on the Apple A5 and we have never had an issue with any of their games.